Brave Cat of the Month - Tan-Tan 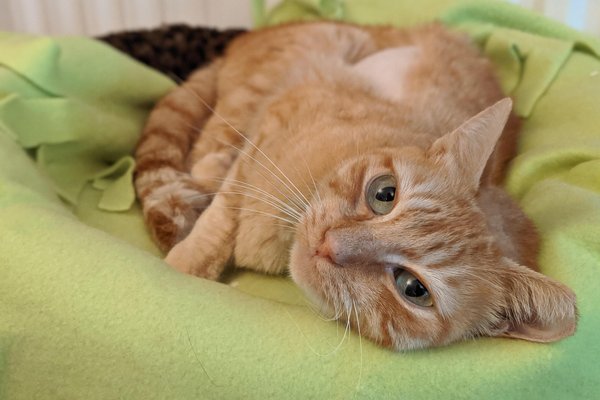 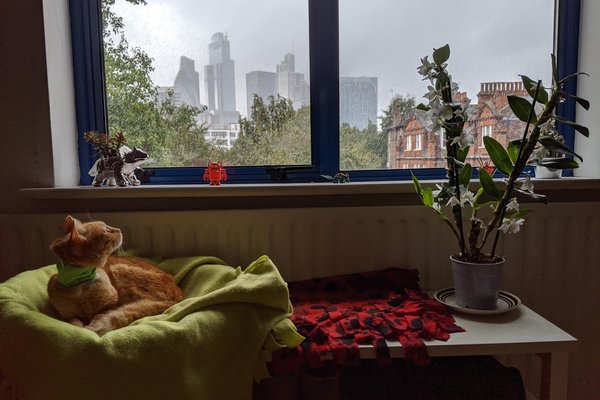 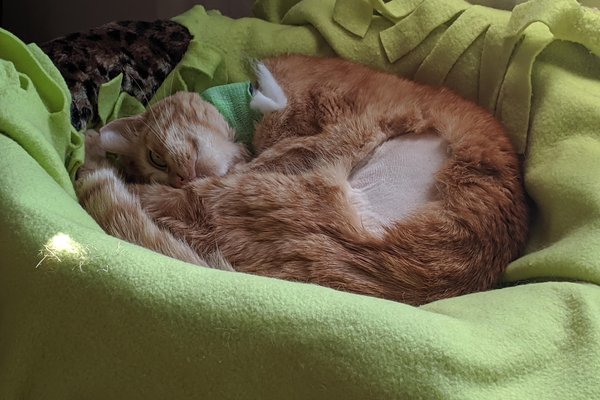 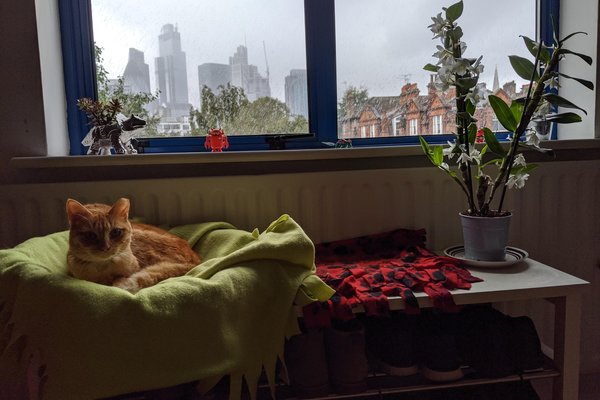 Tan-Tan is a beautiful domestic shorthair who was living on the streets of San Francisco. She was rescued and her owners brought her over to the UK. She settled in nicely but after a month started losing her appetite and lost some weight.

She came in for an appointment with Dr Jeremy to see what was going on. We started by giving her an appetite stimulant to hopefully get her interested in eating.

At her recheck appointment her mom reported that she was still being picky with her food and had started vomiting. Her skin and gums had a yellow tinge, and it became clear something serious was going on. What could be causing her jaundice?

She was admitted for some much needed IV fluids to rehydrate her and further diagnostic investigation was recommended - a general blood screen and ultrasound of the abdomen were performed.

Jaundice occurs due to billirubin not being removed from the blood effectively by the liver or being produced in excessive quantities during severe red blood cell destruction. The results of her tests all pointed to the liver as the source of the issue.

The ultrasound showed that this organ was markedly enlarged and appeared very 'bright' so a small sample of liver cells was obtained for cytology. The results were consistent with a diagnosis of hepatic lipidosis - a condition where large amounts of fat accumulate within liver cells, damaging the liver which is unable to function properly. Hepatic lipidosis is seen most commonly in cats that suddenly stop eating, just like Tan-Tan.

Treatment involves searching for any underlying disease that may have caused or contributed to the hepatic lipidosis. The main treatment of the liver disease itself is through intensive nutritional support.

Tan-Tan had to be kept in hospital for a few days while waiting for the results and to ensure she was getting some food we placed a nasoesophageal feeding tube. This is a small tube that is placed through the nose into the stomach using local anaesthetic, allowing a special liquid diet to be fed. It is a temporary solution until the patients are stable enough for a larger, oesophageal feeding tube to be placed under anaesthesia.

Tan-Tan responded really well to the supportive treatment given in hospital, so an oesophageal feeding tube was placed surgically into her oesophagus a few days later. This allowed Tan-Tan’s mom to feed and medicate her and manage her condition at home.

During the first days at home, Tan-Tan seemed interested in food but would not eat. Luckily, an oesophageal feeding tube can stay in place for several weeks, so Tan-Tan’s owners made sure she was being well fed until she was able and willing to eat again by herself.

After just a few weeks, Tan-Tan had gained weight, was eating all by herself and was very bright, at which point it was possible to remove the feeding tube!