Brave Cat of the Month - Storm 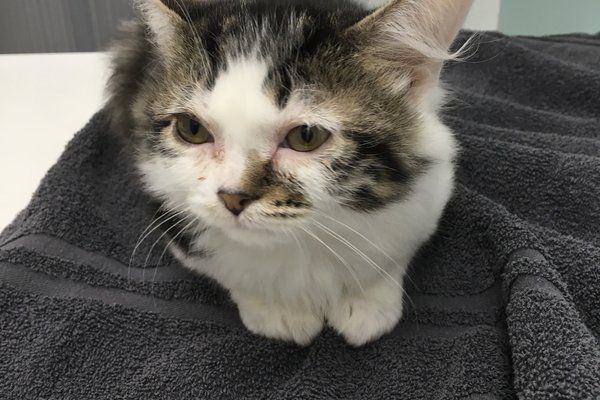 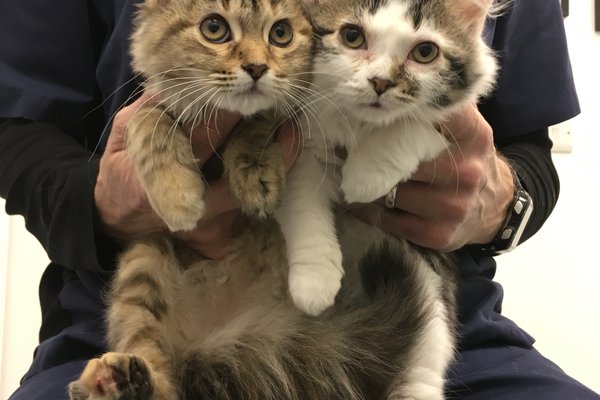 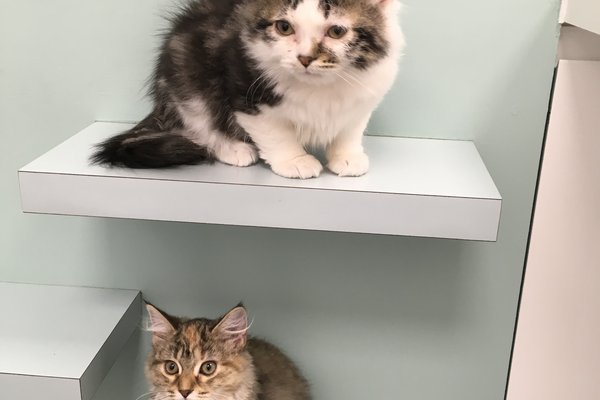 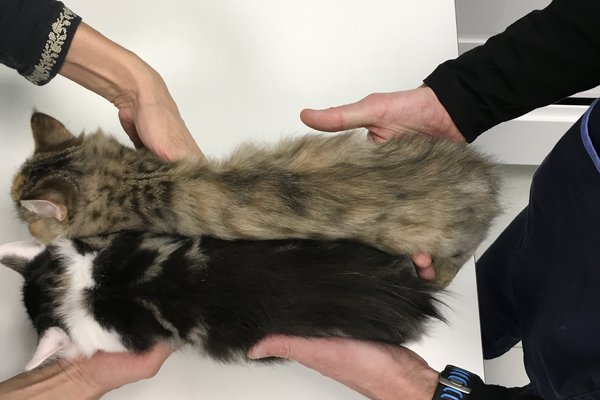 Meet Storm, he is a 4-month-old Norwegian Forest Cat.  Dr Jeremy first saw him along with his sister Forest when he was only eight weeks old and suffering from diarrhoea. He was very quiet and not as playful as Forest so was given some subcutaneous fluids (fluids under the skin) to rehydrate him, dewormed and started on probiotics and a specifically digestible diet to allow his intestines to heal.

Most cases of kitten diarrhoea will resolve with conservative veterinary management over 24-72 hours but unfortunately Storm’s signs were worsening, he stopped eating and in addition to his diarrhoea he also started vomiting. He was admitted by the fantastic team at The London Animal Hospital where he spent 24 hours in hospital on intravenous fluids and also intravenous antibiotics.  He was a lot brighter, so he was discharged to his family to recuperate. Unfortunately, two days later he started vomiting again so was admitted back in to hospital for repeated rehydration and supportive care until he was well enough to go home.

We saw Storm a few days later to check on his progress, he seemed to be doing better but had not really put on any weight when he was compared to his brother who was growing as a kitten should.

One month later Storm was well enough to start his kitten vaccination course. When he was examined by Dr Jeremy, he was slightly heavier than his Sister Forest but there were more subtle differences he seemed very slow in his movements, and his body proportions where slightly out of perspective, he seemed to have a longer body with shorter legs and this head was bigger with the distance between his ears and eyes greater than his sibling.

Dr Jeremy made a note to keep a close eye on his development over the next 2-4 weeks with the assumption that any changes between Forest and Storm would either become more noticeable or Storm would ‘grow’ into himself.

A few days after the vaccination Storm was very stiff on his legs and seemed to be in pain when he moved.  It took Storm five days to get over his first vaccine, he was lethargic, showing signs of joint pain and spent a lot of the time sleeping.  These signs are possible but not for this period of time and his wonderful carers felt he was getting slower and was also a bit wheezy, so we got him back in for a recheck.

On examination this time he was very wheezy, and his growth abnormalities were more obvious. Dr Jeremy took swabs of his eyes and his throat to look for respiratory viruses and other pathogens. While taking the swabs it was apparent his protective reflexes and general mentation (mental alertness) were dramatically reduced, this with the growth signs is when Dr Jeremy started to suspect Congenital Hypothyroidism.

A blood sample to measure thyroid hormone (TT4) free Thyroid (fT4) and Thyroid Stimulating Hormone (TSH) were submitted which confirmed the diagnosis of this unusual condition.

Feline congenital hypothyroidism is a very rare disease with only a few cases reported in the literature worldwide. Thyroid hormone is essential for normal growth, development and maintenance of all body systems so a lack of this or hypothyroidism results in signs which reflect this. A hallmark is disproportionate dwarfism. Affected kittens have short limbs and spine, block-like trunks and broad, short skulls. Besides the hallmark sign of failure to thrive, other clinical signs such as lethargy, impaired mental status, (to name a few) have also been observed in hypothyroid kittens.

If you look at the attached photos you can see the difference between Storm and Forest.

A large number of affected kittens die before a diagnosis is made or in the immediate weeks after birth and may be implicated in cases of ‘Fading Kittens’. However, our little Storm is a trooper and having none of that and having come this far is doing well with all the wonderful care his family are giving him. He is medicated with thyroid hormone twice per day and the last time we saw him he was already brighter and starting to develop. He will be on medication for the rest of his life. He really is one Brave Little Cat.