Brave Cat of the Month - Schnuggi 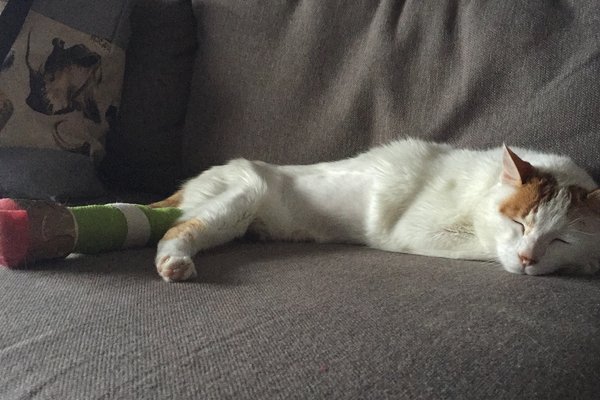 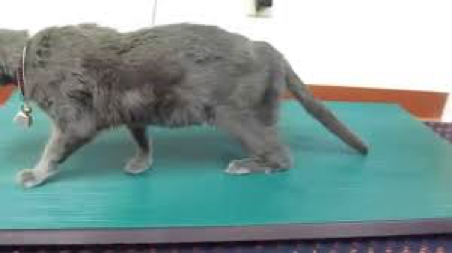 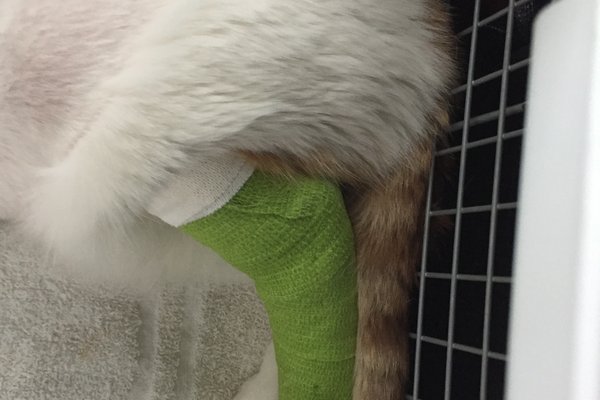 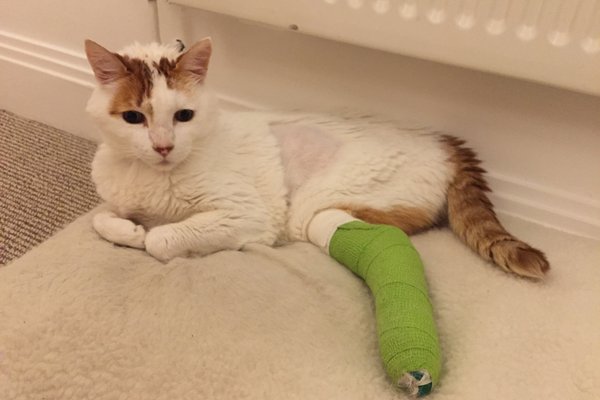 This month our Brave cat is Schnuggi, he is a young at heart 15-year-old DSH with serious attitude. He is world traveller and knows he is special. No water bowls for him, he loves to jump into the sink at night-time to drink from the tap and is also partial to a shower particularly in the hotter weather of our best summer ever.

One evening he jumped down from his watering hole/wet room and seemed to land in a funny position, he was a little wobbly and his legs were buckling.  He owners were concerned so they brought Schnuggi in to see Dr Jeremy. On examination Schnuggi was very painful over his left hindleg. When he was walking it was with an intermittent plantigrade stance (see pictures). Humans walk plantigrade all the time i.e. our ankle (hock) is always in contact with the ground when standing but cats don’t, their ankle is raised, and they walk effectively on tippy toes. This position is commonly seen in cat that have diabetes mellitus and secondary nerve disease but can also be seen with damage to the tendon, muscle or bone that supports the calf and hock.

There was no obvious evidence of a fracture which and his blood glucose was normal, so diabetes wasn’t the cause. Pain could be localised to the gastrocnemius (calf) muscle and Achille’s tendon. We admitted Schnuggi for further examination under sedation and x-rays of his hindlegs to see what was going on.  The images (below) showed increased thickening in his left gastrocnemius muscle, mild arthritis and confirmed there was no fractures or rupture of his Achille’s tendon which was great news.  As the tendon was intact and this seemed to be primarily muscular damage we bandaged in a support splint to keep his hock in extension (the normal position) and remove pressure of the calf muscles to give it time to heal.  The question wasn’t going to be would the splint work but rather would Schnuggi let the splint remain attached to him for the duration to allow it to do its work!

Schnuggi was placed on strict room rest and his wonderful humans gave over the house to make it as ‘splint-friendly’ as possible. This worked well, and he came back to see us for regular checks and have the splints changed every 2 weeks.

Schnuggi was in for his last bandage check last week and he was doing wonderfully, he seemed comfortable, so the splint was removed, and he is slowly getting movement back in his leg and will no doubt be back into enjoying his late evening sojourns to his shower and drinks station under the very watchful eye of his people.