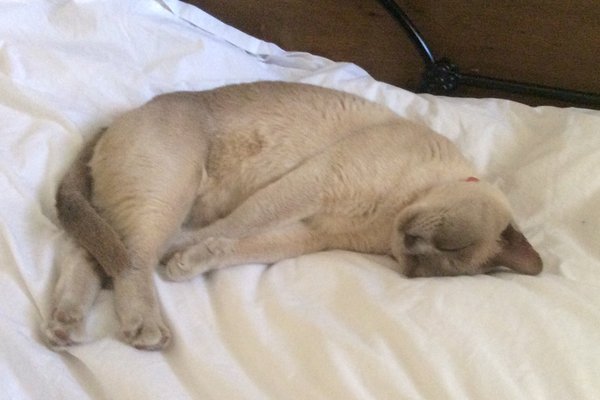 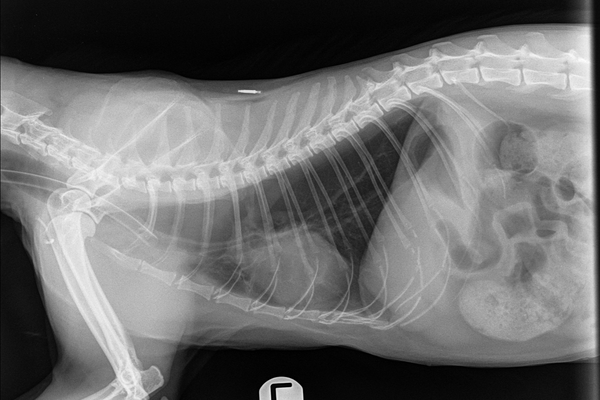 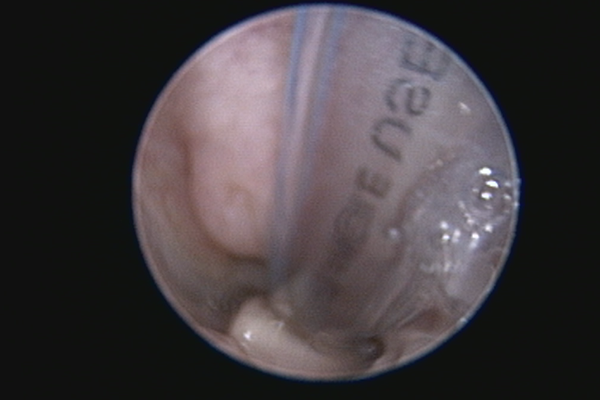 Puss Wuss is a 9-year-old Burmese cat.  She came in for a second opinion with Dr Jeremy as she has on-going respiratory and gastro-intestinal problems.

With a second opinion appointment, we gather the previous vet history and all lab results so we can go through them before the appointment.  Once we received the clinical history we booked an appointment.

Puss Wuss presented with obvious stridor (a high-pitched, noisy breathing) and increased respiratory effort. These higher-pitched sounds often occur as a result of air passing through abnormally narrowed passageways, meeting resistance to airflow because of partial blockage of these regions. This suggests that the problem is most likely located somewhere in the upper respiratory tract - either the back of the throat (nasopharynx), the throat (pharynx), the larynx or the trachea. Abnormal breathing sounds like these can be heard without using a stethoscope and this was certainly Puss Wuss's case!

The first thing we recommended to do was to examine Puss Wuss's throat and nasal passages under sedation and take a set of chest x-rays to see if her lungs were also affected. We also took X-rays of the abdomen as she was reported to be vomiting frequently.

While Puss Wuss was sedated we were able to localise the obstruction to her larynx - it was so inflamed it partially blocked the entrance of her trachea, making it very tricky for air to pass through!

An endoscopy of the nasal passages and pharynx was performed to ensure there was no other obstruction to airflow.

Biopsies were taken from the laryngeal folds to better understand why the tissue was so inflamed and ensure that no tumours were developing at the site.

Her chest and abdominal x-rays also revealed that as a consequence of her increased effort to breathe, she was swallowing a lot of air which was interfering with her gastrointestinal function, and that she had inhaled vomit which had caused her to develop pneumonia.

She went home with medication which she was not a fan of taking, both to treat her pneumonia and help keep her laryngeal inflammation in check.

When she came in for a post-operative check-up we tried a little trick of crushing the tablets into marmite and spreading it on her lips. Well she LOVES marmite!

She is such a sweet cat, who loves her hot water-bottle which she travels with to keep warm.

The biopsy revealed that her condition is purely inflammatory (no signs of cancer!) and most likely exacerbated by contact with dust and other environmental allergens. In other words, her immune system seems to be a bit of a drama queen!

She will most likely have ongoing breathing issues but these can be well managed medically and certainly aren't stopping her from enjoying life."