Brave Cat of The Month - Merlin 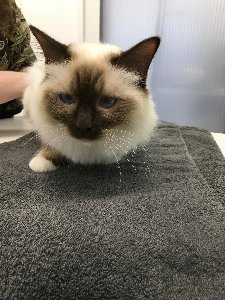 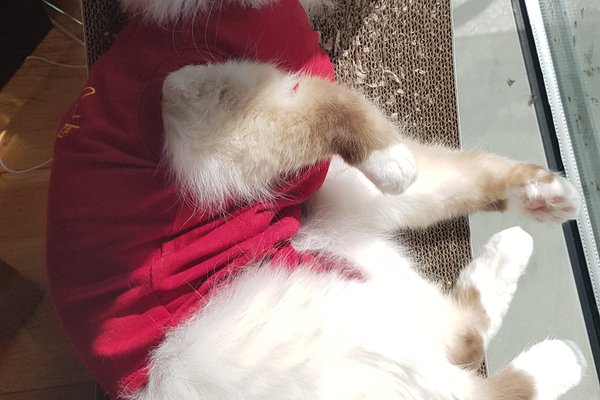 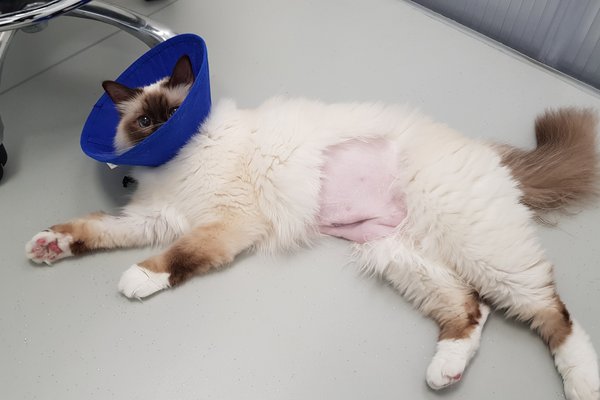 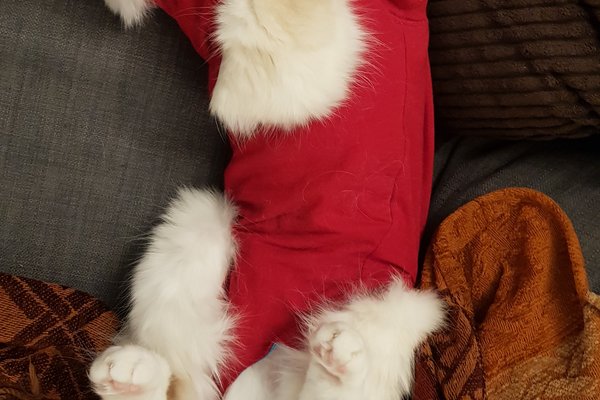 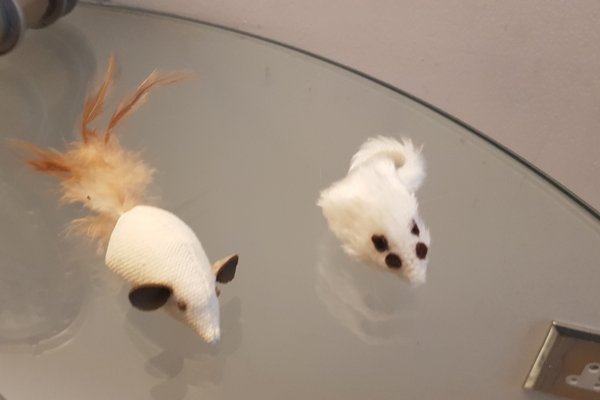 Merin is a lovely 3-year-old Birman.  He came in to see Dr Jeremy as his owners were concerned with his behavior, he was grumpy and not interested in his food.  When he did eat he vomited 2 hours later, once with a half-digested toy mouse!

We clearly had evidence that Merlin likes to eat his toys, and this particular toy a mouse was the right shape to get stuck somewhere in his digestive tract. He was also vomiting immediately after eating which was strongly suggestive that something was stopping the normal passage of food.

On examination Merlin was very painful and tense when Dr Jeremy gently palpated his abdomen, it was however possible at this point to feel something abnormal but it was far too painful for Merlin to be able to know 100% without further diagnostic tests.
He was admitted and we took radiographs (x-rays) of his abdomen and performed an abdominal ultrasound.  The imaging provided conclusive proof he had a distal small intestinal foreign body so Merlin was taken straight to surgery.
An exploratory celiotomy was performed and the whole digestive tract was examined, sure enough at the very end of the small intestine (ileum) a foreign body was located, in this case wonderfully for Merlin rather than having to open the small intestine up to remove the object it was possible to ‘milk’ the foreign body through into the large bowel where is could be passed at in the faeces.

Merlin had come so close to doing it himself but this was just too much effort for his poor intestines in the end so they needed our help.

Immediately after his surgery he passed a large amount of very smelly material that had accumulated and was previously blocking the ileum and yes, you guessed it the other half of the mouse was the culprit!

He recovered well and we kept him in hospital overnight so he recovers fully and would benefit from the rehydrating effect of intravenous fluids.  He was discharged the next day with some pain relief and a soft collar to prevent him bothering his surgical site.

He came back in for his post op check a few days later, he was doing well but we decided to change his soft collar for a medical t shirt. As you can see in the photo he looks dashing and loved his outfit!

Well done Merlin! You were very brave! BUT please play with your toys, not eat them!