Brave Cat of the Month - Barty 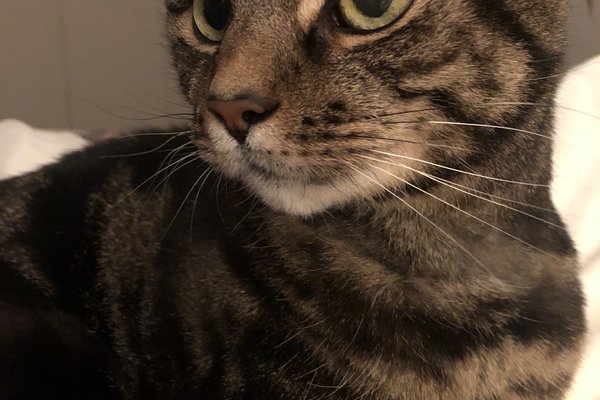 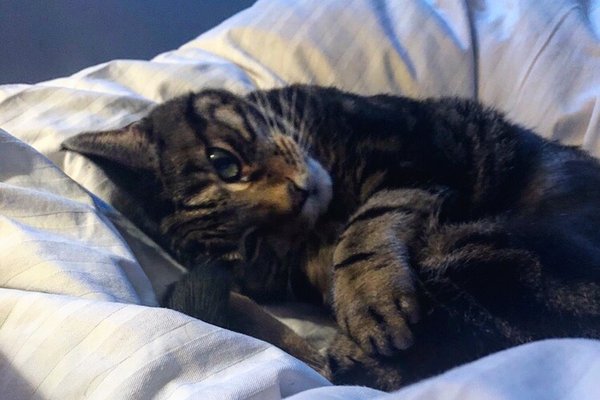 Barty is a lovely 13 year old DSH who came in to see us last year for a general health check and to schedule his Comprehensive Oral Health Assessment and Treatment. It turns out he had been a little restless for a couple of weeks prior to the appointment.

On his visit with Dr Jeremy found that he was sensitive in his abdomen and there was a small area that felt abnormal in the intestines. There was a very small chance that this could have been some faeces, so we made a note to recheck this in 10-14 days. Dr Jeremy took blood and urine samples for full analysis to check on all Barty’s body system prior to the next appointment.

At his recheck this area was definitely more pronounced, wasn’t easily compressed and was uncomfortable and his blood results showed evidence of low grade gastrointestinal bleeding, gastrointestinal and possibly pancreatic inflammation. This was enough information to go ahead and investigate further with an abdominal ultrasound.

Barty was lightly sedated, his abdomen clipped and the ultrasound performed. We found that his spleen and pancreas were enlarged and intestinal wall was uniformly thickened. What was more worrying was as it got to the end part the small intestine (the ileum) there was complete loss of the normal wall structure and the wall was very thickened (9mm compared with a normal 3mm) The draining lymph node was also very enlarged.

Unfortunately these findings were consistent with a working diagnosis of some form of cancer of the intestines. We took fine needle aspirates of the spleen, liver and the wall of the small intestines and sent these samples to the lab for testing.

A fine needle aspirate is where the vet uses a very small needle (much like those you see when your pets are given vaccinations or other injections) and using the ultrasound guides this needle into the area of interest to get a sample. It is a relatively low-risk non-invasive procedure that can yield a diagnosis in a number of cases without the need for more invasive biopsy techniques.

The cytology result revealed a Mast Cell Tumour.  Intestinal Mast Cell Tumours are uncommon in our patients and they rarely occur, with lymphoma and adenocarcinoma being the most frequent. They are usually very aggressive with spread to the local lymph nodes and the prognosis is usually poor.

Barty underwent abdominal surgery with specialist surgical oncologist to remove the mass from his intestines which was achieved by removing all of the intestine on 8cm either side of the mass which meant removing the ileum and cecum and then joining the small intestine to the large intestine directly (jejuno-colic anastomosis). The ileo-cecal lymph nodes directly beside the mass was removed as was the spleen (a common site for cancer to spread to)

Barty recovered well from his procedures and the great news was there was no evidence of further spread of the tumour in to the spleen or liver.

At the end of October 2018 Barty was started on chemotherapy. His chemotherapy protocol is a specific type which is given by mouth every 3-6 weeks. His red and white blood cells plus liver and kidney function were monitored weekly for 4 weeks after the first dose to check on his bone marrow response and recovery and to allow Dr Jeremy to determine the best dosing interval (time between doses).  Barty was incredible and very tolerant to the chemotherapy agent with little to no side-effects including minimal bone marrow suppression.

Barty’s course consisted of one capsule every twenty-one days for five cycles. At the end of this Dr Jeremy performed an ultrasound  and bloodwork which showed at this point there is no evidence of disease. Barty was in complete remission.

We now give Barty a check-over every 2-3 months and repeat his abdominal ultrasound every 2-3 times per year.

Barty represents a pretty rare success story in the management of this particularly aggressive form of cancer where survival is often measured in weeks.

Barty, we salute you as the Brave Cat that you are. We also salute your carers for their love, dedication and absolute commitment to doing everything to improve and prolong your quality of life.