Brave Cat of the Month - Arnold 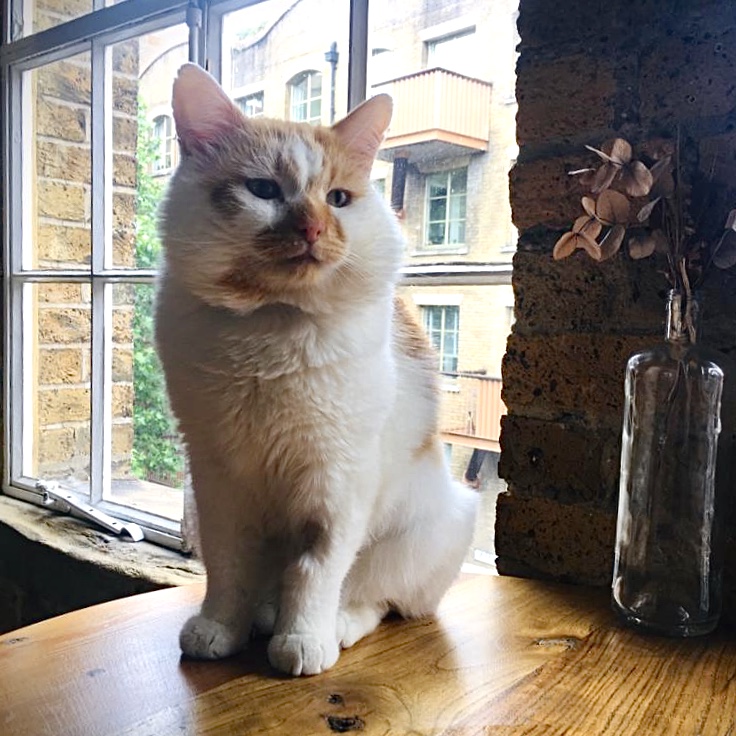 Meet Arnold, a fantastic seven-year-old domestic shorthair After a rough stint living on the streets of North London he was adopted and strutted in to see us at The London Cat Clinic in December 2019 making his awesome presence felt and has been a bit of a frequent flyer since.

In March he started vomiting after eating so came in to see Dr Jeremy for a thorough exam and to have some blood taken. He intestines felt thickened and the gland that drains them (lymph node) was also enlarged. Whilst waiting for the results we decided to shift Arnold onto a hypoallergenic diet to see if these signs were related to a dietary intolerance.

His results showed that he had significant small intestinal disease that was affecting his ability to digest and absorb his food adequately. One of the side effects of this condition is a very low vitamin B12 which is an incredibly important component for a whole range of processes in the body.

Arnold was immediately started on his B12 supplementation and an abdominal ultrasound was performed which showed very severe thickening of the muscular part of the small intestinal wall. This type of thickening is either due to inflammation of infiltration with cancer cells.

We decided the best course of action for our beloved thug cat was to do endoscopy and get some biopsies of the accessible areas of his intestinal tract to see what we were dealing with. Arnold in his typical stoic way dealt with all of this no problem. His results came back as inflammation and not cancer which was great news.

Arnold is now on prednisolone, which is a corticosteroid that is used to reduce the inflammation in the intestines and to help them repair as much as possible. It is early days yet and we saw him last week when he had gained some weight which is really encouraging.

Arnold is a truly a Brave Cat.