Brave Cat of the Month - Om

Om is a beautiful British Shorthair who just turned 1 year old. But this sweet kitten has rightfully earned his title of Brave Cat of the Month for December.

Om came in to see Dr Patricia as his human noticed some eye discharge. During the appointment, even though he was comfortable and passed all his eye tests, his eyelids seemed not quite in the right position. Even though his discharge improved on treatment, his eyes remained 'squinting'.

He later developed a corneal ulcer, a very painful condition, which caused his eyelids to role in even more due to the exaggerated squinting (blepharospasm). He was placed on eye drops to help the ulcer heal and keep him pain-free, and was referred to our Eye Specialist, Dr Ursula. 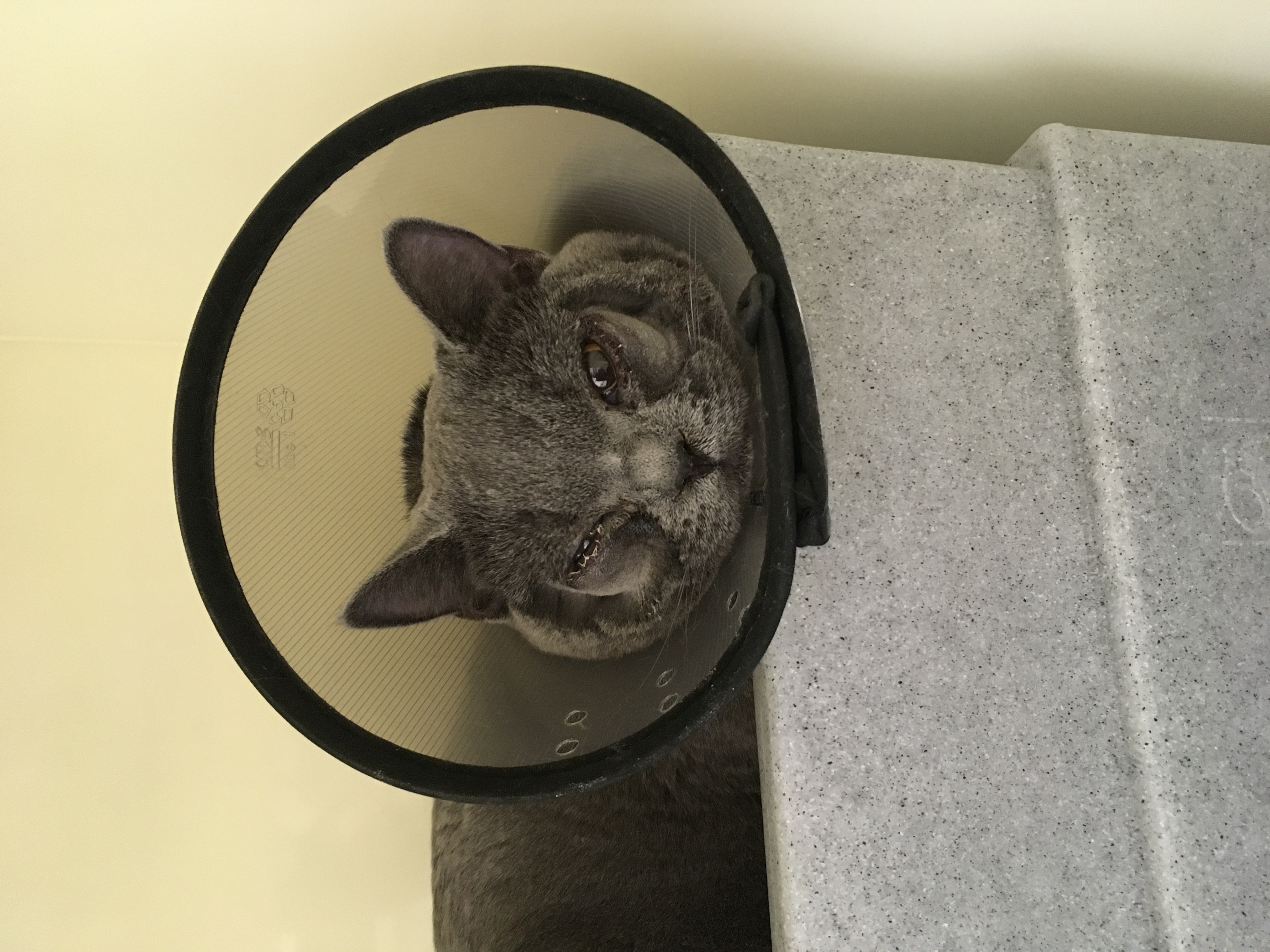 In order to decrease his squinting associated with the eye discomfort and be able to assess his normal eyelid conformation better, Dr Ursula placed a contact lens. This provides immediate comfort as it acts as a barrier between the rubbing of the eyelids on the already damaged cornea.

Om was diagnosed with bilateral entropion. Entropion is the medical term for overlong eyelids. This causes the eyelashes to scratch the eyeball constantly, causing ongoing discomfort, inflammation, and predisposing to corneal ulcers.

A week later, once his eyes were less painful, Om underwent corrective surgery with Dr Ursula, who 'remodelled' his eyelids to perfection. He spent a lovely night in hospital under the care of our Nurse Chantal, to ensure his post-operative eye drops were done on the clock.

He was then discharged to carry on further treatment at home, and came back to visit us regularly for his post-operative checks.

Om made a full recovery, and even though he has always been handsome, how much better looking is he now? 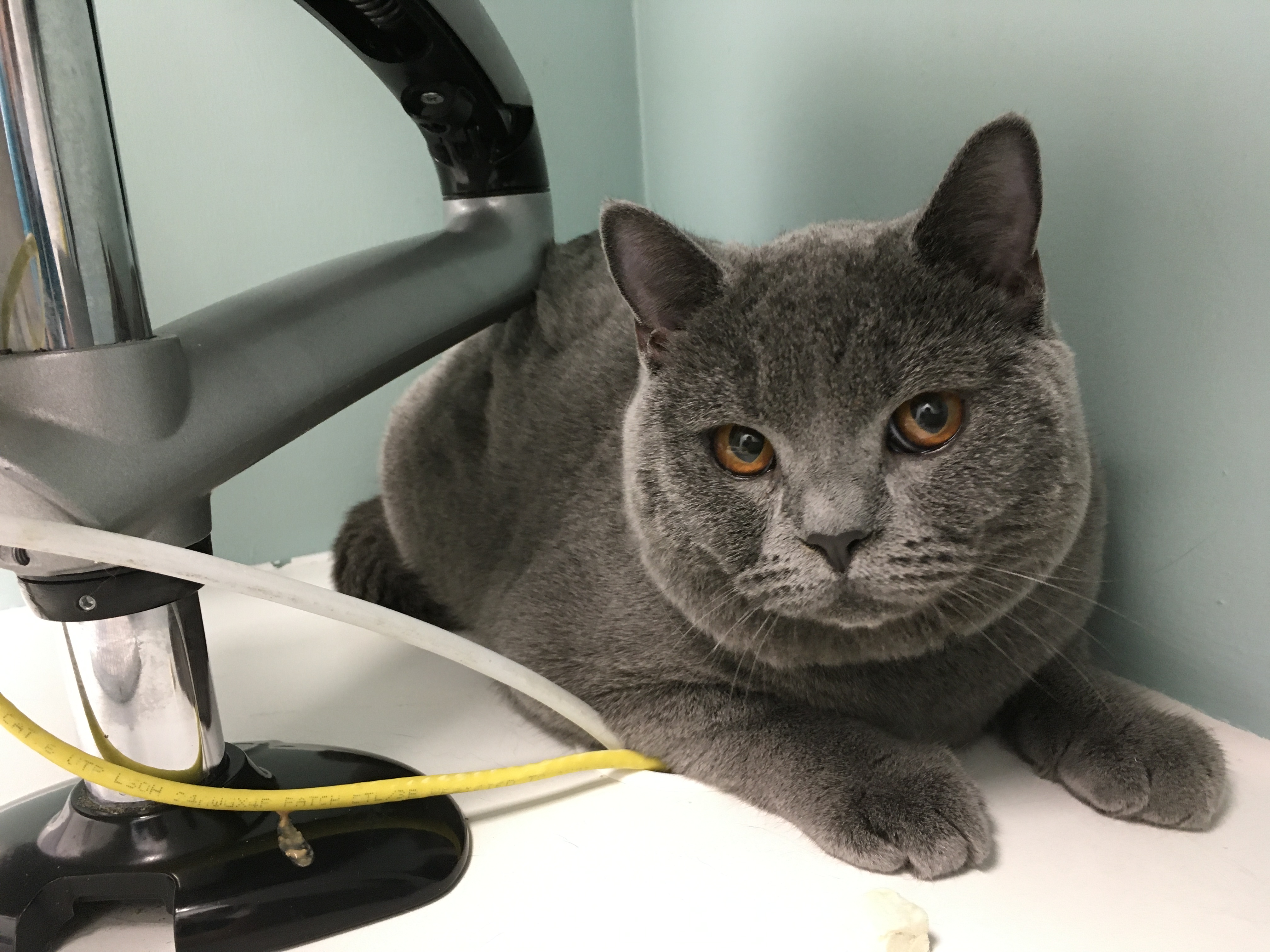 Well done Om! you have been such a trooper and you truly are a Brave Cat!