When can my cat be neutered? 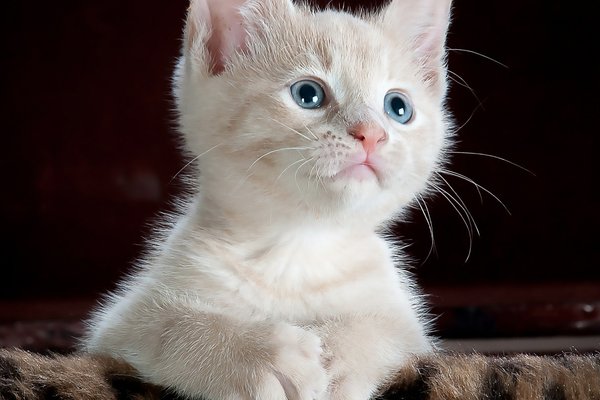 Though it may only seem like you brought that wonderful joy-bringing ball of fluff home a short time ago, it may well be time for them to get neutered soon. In fact, cats can be neutered from four months of age, meaning that any festive-feline brought into the home at Christmas is probably already ready for their ‘big day’.

Neutering a cat when they are young has a huge number of benefits and is one of the most responsible things a cat owner can do. This holds true for both males and females and even for those cats that are expected to live inside their whole lives.

When it comes to a male cat (tom), castration is incredibly important, especially if they are going to be venturing outside. Those cats that are not neutered are statistically more likely to be involved in cat fights, falls from heights and road traffic accidents. Even from a young age, these males will stop at nothing to find a female in season, often wandering far and wide.

Inside the home, an un-neutered male may exhibit dominant and territorial behaviours and is more likely to ‘spray’ the furniture/doors/floors with their urine to mark it with their scent. Their urine has a (very!) pungent aroma and it can be difficult to eliminate the smell from the home.

One of the main concerns is that a male cat who is wandering the streets will be creating lots of kittens. This is a huge issue in the U.K, with the Cat’s Protection estimating that there are currently nine million stray cats and over one million feral cats out there. Sadly, there are just too many cats in existence for them all to have homes and many will spend long periods in adoption centres or worse.

While an un-neutered male cat can obviously be very prolific, often mating with several females in the same night, many are shocked to learn just how many kittens one female can be responsible for producing. A female cat (queen) that is allowed outside can have three litters a year and if they were all to produce kittens, estimates suggest that in a five-year time frame one female could be responsible for the creation of a staggering 20,000 cats!

Worryingly there are several diseases that both males and females can catch from mating, including FIV and FELV. These feline viruses significantly impact the health of affected cats and will inevitably reduce their lifespan. Sadly, there is no cure and once a cat becomes infected all that we can do is try and manage their symptoms and keep them comfortable.

Another consideration in un-neutered females is the real risk for oestrogen-related diseases. Studies have shown that a high proportion of female cats that have not been spayed will develop mammary cancer and/or a uterine infection (pyometra) during their lifetime. Both of these conditions can be life-threatening and are often expensive to treat. After being spayed the risk of a pyometra is eliminated and mammary cancers are seen much less frequently. As a side not almost all mammary cancers that occur in cat’s are malignant and aggressive and required extensive surgery and chemotherapy to treat.

While most owners are aware of the inconvenience of living with a tom cat, it must be said that it’s no picnic being in the same house as an entire female either! Owners will have to put up with them coming into heat frequently, throughout their entire life. Any local males will be attracted to the area and some are cheeky enough to enter open windows and cat flaps. During their season, cats are noisy and will try anything to leave the house. It can be hard to keep on top of them at all times, so escapes are common.

Understandably, as a carer concerned about your friend you may worry about the neutering procedure and what it involves. Both male and female procedures are  routine operations which are carried out in high numbers in veterinary clinics all over the world every single day. They are relatively low risk surgeries that are performed under general anaesthetic and there is no doubt that the associated benefits vastly out-weigh any risks.

Remember, it is never too late to neuter a cat and, even if it has been left a few years, this does not mean the operation cannot be performed. Even in later life, neutering a cat still provides many benefits and is usually the best option.

If you have a new kitten you are very welcome to take advantage of our complimentary nurse consultation which covers this and many other areas a new parent should be familiar with. If you have an older un-neutered cat book in today with one of our vets for a health check and we will be more than happy to talk things through with you and put your mind at rest.