Brave Cat of the Month - Snow 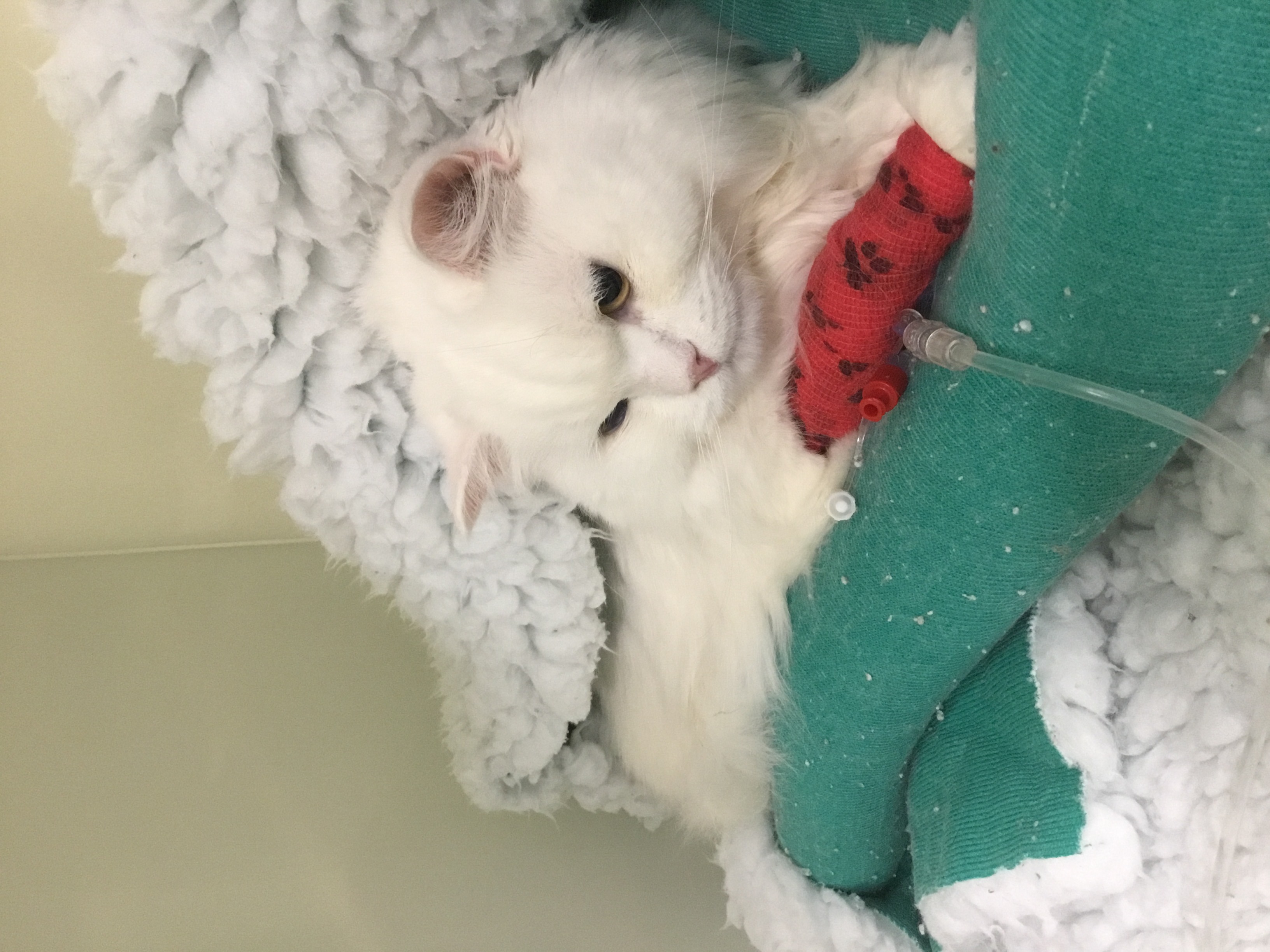 Meet lovely Snow, a 5-year-old Persian who came in to see Dr Luisa recently. Snow was constipated and very painful, so his kind and worried owners gave him some paracetamol to make him comfortable until his appointment - not realizing paracetamol is extremely toxic to cats!

Cats cannot break down paracetamol and as a result, toxins are produced that seriously damage their liver and red blood cells. Even a small dose can cause severe toxicity and death!

On arrival, Snow was breathing very fast and his mucous membranes were dark blue. He was immediately admitted to hospital for the following 48 hours and received oxygen, intravenous fluids and supportive treatment to prevent further toxin production and enhance toxin elimination.

Fortunately, his blood test results showed no major changes and he recovered well during his hospitalisation. We relieved his constipation by performing an enema and safe pain relief medication was prescribed to keep him comfortable.

Even though Snow is extremely shy and was very happy to go back home, he was a purrfect patient and a joy for our day and overnight team, who catered to his every need: from providing extra bedding for him to burrow to being hand-fed by nurse Sophie (his favourite!)

We would like to say a big well done to Snow for being so brave whilst he was in hospital!